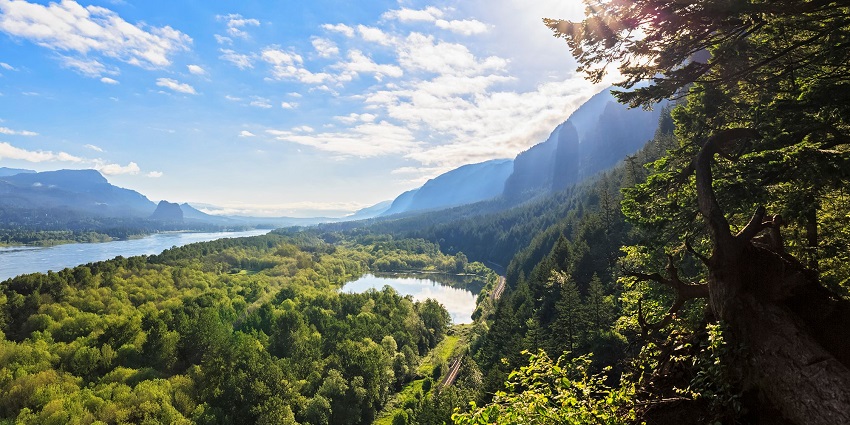 The Ambetter 301 is an annual race that takes place in the state of New Hampshire, and that’s an underrated state in terms of travel destinations. There are certain states that attract plenty of visitors year–round in the United States, but others are better to visit during the summer.

Even though 48 states are all attached in some form in the United States, you will see very different weather climates throughout. There are some states that you need to visit in the Winter while others you want to wait until Summer to take a trip.

States such as Florida and California are always popular travel destinations, but there are better trips to take from May-August. Here are five of the best U.S. states to visit in the Summer.

There is plenty of history in the state of Massachusetts, but it’s not usually somewhere that you want to visit in the Winter. The New England portion of the United States is beautiful, but it’s also extremely cold for a large portion of the year.

Boston, Massachusetts is the best city to visit and many would argue that it’s one of the most beautiful cities in the world in the summertime. Spending time on the harbor is a great experience, and the weather will be nearly perfect.

History buffs can also spend plenty of time exploring all of the historical sites in and around Boston, especially when looking at Revolutionary War battlefields.

Taking a trip to the Pacific Ocean should be on the bucket list of everyone that plans to travel around the United States. Most people think of visiting California to see the Pacific Ocean, but that’s severely overlooking Oregon.

Oregon is another state that has some pretty nasty weather through much of the year, but that all changes during the Summer. Seaside, Oregon is one of the best cities to visit in the state, and you can spend a few days on the Pacific Ocean in what is a beautiful setting.

This is a state that has some terrific parks and other outdoor places to visit and there are about three months out of the year in which the weather in Oregon is perfect.

Colorado continues to be a popular tourist destination for people in the Winter, but those people are usually looking to ski. This is one of the best places in the world for skiing and the Rocky Mountains look terrific when they are snow-covered.

The rest of the state outside of the Rocky Mountains is worth visiting as well, and it’s best to take in Colorado when things start to warm up a little bit. You might even enjoy the Rocky Mountains more during the warmer months as you will be able to hike and explore without having to worry about freezing.

Every state has some smaller towns to visit, but you have to check out Denver if you ever make it to Colorado.

Most people forget about Maine when putting together a bucket list of U.S. states to travel to, and that’s largely because of location. Maine might as well be in Canada based on the weather most of the year, but you won’t experience cold weather during the summer months.

It might not be easy to get to Maine, but it will absolutely be worth it.

It’s pretty common to want to visit a beach in the Summer, but you should think outside the box when choosing a spot. Most people will be flocking to states down South, but it is Michigan that actually provides the best experience.

Michigan sits right on Lake Michigan, and you will find some terrific beach towns up and down the coast. Not only will you get to be on the beach and some water, but the weather is going to be much more perfect than visiting a hot-weather state.