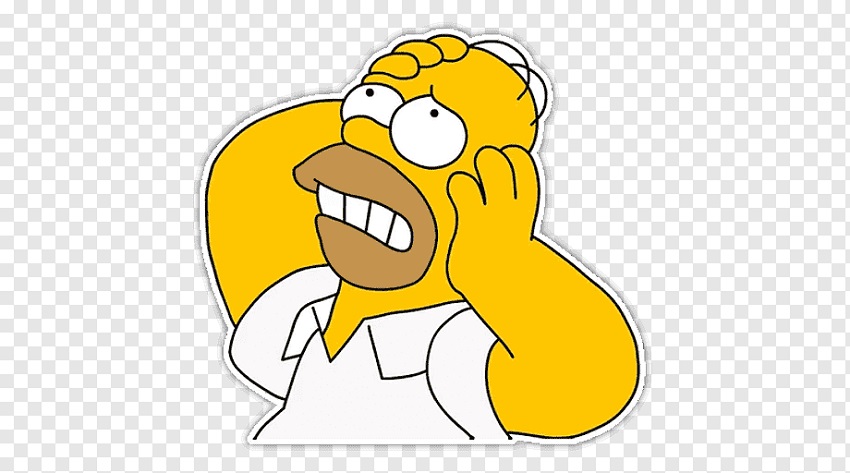 Silly, nasty, self-absorbed, and amusing. Sitcom characters always have a cause for being beloved by fans. We return to sitcoms because of the characters’ accidents, exploits, and one-liners, fully formed when they emerge on TV.

Sitcoms are one of the most delicate things in the world, but they couldn’t exist without the folks they show. When you get down to write a story, the first thing you should do is develop a classic cast of primary characters. These wonderful, funny TV characters have made watching TV so much fun. Those characters give us comfort no matter what is going on in the real world because you always know what you’re going to get from them, and we can’t get enough of them.

Homer supports his family, despite his many shortcomings and selfish decisions. A successful career and a comfortable lifestyle are the results of his hard work. He would go to extraordinary lengths only to ensure his loved ones were content.

That separates Homer from a beautiful character—funny, engaging, intricate, recognizable. He epitomizes a well-intentioned, but sometimes wrong, an attitude that has come to define American life. In harnessing impulse, Homer blurs the boundary between cleverness and indignity; his devotion is both admirable and horrible.

The character of Homer Simpson is often regarded as one of the show’s funniest. Almost every word he says is hilarious; kudos to his rage problems, alcohol addiction, voracious eating habits, and dubious IQ. If you give any of The Simpsons’ episodes a go, look for Homer; he will almost certainly make you laugh; be sure to wipe off your speaker so you can hear him deliver the punchline!

It’s rare to find a character like Dwight that can consistently make you side-splitting throughout an episode. Almost everything he says has the power to make you feel something. His character is oblivious to the fact that he’s entertaining the audience, and it’s a good thing to see.

Dwight was, without a doubt, the employee at Dunder Mifflin who put forth the most effort. He never stopped trying to sell papers and was always highly involved in the meetings he attended. Even though becoming a manager was his primary objective, he took his sales position seriously and worked hard. It demonstrated that Dwight was the kind of guy that any firm would benefit from having.

Jim Carrey first came to the public’s attention in 1990 when he was cast in a recurring role on the American sketch show, In Living Colour (1990–1994). Jim Carrey is most known for his high-energy and screwball performances. Ace Ventura was the film that catapulted him to the forefront of the acting world.

His career as a significant comic actor began with a succession of outstanding performances, but his increasingly serious roles garnered him accolades later in his career. He’s an expert at what he is doing and does it so well that he inspires the vast majority of people to have a positive outlook on life and enjoy it. Not only is he a master of comedy, but he also serves as an inspiration to those who see him.

Mr. Bean’s plaster, silly, and extremely frank persona have always been distinctive. As one of the most known comedic characters, Rowan Atkinson’s Mr. Bean has evolved into an epic throughout the years because of his nefarious and greedy goals, which are unusual for a comedian.

Atkinson is one of the most essential and famous comedy performers because of his long-lasting performances. Making other people laugh is not an easy endeavor, and the task’s difficulty is compounded when wordless comedy is used.

Comic book legend John Atkinson has starred in several roles over the past several years, establishing his name atop the genre’s esteem. For the most part, he played roles in comedies that required him to make facial expressions that seemed like they could bring the dead back to life.

Awe-inspiring visuals, a suspenseful plot, a light-hearted tone, and colossal stunts are just a few of the things that make this movie so entertaining. As of this writing, Chan has been in more than 130 films, and nearly everyone knows about him.

In Jackie Chan’s characteristic combination of comedy, foolish situation comedy, and cheery low humor, comedy enthusiasts will find lots to appreciate. Through his unique work style, Chan has demonstrated that action films and comedies function on the same basic principles. To achieve visual humor, Chan relied on the action film genre’s rigid rules for movement and composition, which he used to his maximum advantage in his filmmaking.

Jackie’s self-deprecating humor is integral to his aggressive style and overall filmmaking technique, not a foreign addition to the action scenes.

SpongeBob SquarePants is a fictitious character series that airs in the United States. One of the imaginary characters in the show is named Patrick Star. Stephen Hillenburg, an animator and marine biologist conceived of and drew the character. Actor Bill Fagerbakke provides his voice for the character.

SpongeBob’s closest confidant, neighbor, and traveling buddy is Patrick. It is not a well-kept secret. This starfish is kind and thoughtful, despite being dim-witted and lacking significant knowledge.

Patrick is a fool since starfish do not possess brains but instead have a complex nervous system. Most of the time, we catch a glimpse of him in his natural environment as he relaxes on the sand sofa he constructed and watches the sand-crafted television in the hole he dug underneath the rock.

After graduating high school, Kevin Hart began working as a stand-up comedian and gradually made his way to larger venues in New York and Los Angeles. His debut stand-up CD, I’m a Grown Little Man, was released in 2009. He made $15 million with his 2011 tour, Laugh at My Pain, where he is also best known.

As a result of his 2011 stand-up special “Laugh at My Pain,” Kevin Hart’s public image soared, and he was named Ticketmaster’s top comic for the year. Ticketmaster is the world’s largest ticket broker.

Every time Hart talks or reacts, he manages to make everyone laugh. He’s a standout character who’s also a lot of fun. He’s also won several accolades for his work; he’s a unique artist.

This character is one of the funniest creations; Chandler Bing is often called the “master of irony.” Matthew Perry has masterfully facilitated the transformation of Chandler Bing into a cultural figure.

Friends are much more than simply a television program because it features a large cast of memorable characters. Chandler Bing is identified as being one of them. Because everyone considers him to be the most entertaining of the group, you can be sure that he is in the number one spot.

By falling back on humor, he imparted a few sarcastic lessons upon his followers that they will never forget. Many individuals have been able to have a better grip on the concept of sarcasm due to Chandler’s humorous one-liners and sarcastic remarks.

As a child, Cartman was defined by Stone and Parker as “a young Archie Bunker” for his angry, intolerant, arrogant and selfish demeanor. He’s responsible for most of the mishaps the lads get into, and it’s a lot of fun to watch.

The audience enjoys Eric Cartman’s snark and pettiness because of this. His money-making schemes are very different. To run his new business, he puts the hamburger patties inside his body. His mother is a broker, so he decides to follow in her footsteps and become a real estate broker. Every time we see Cartman on TV, we’re guaranteed to chuckle.

The Office’s Michael Scott, a Dunder Mifflin employee, has become a fan favorite. Even though Michael is a great salesman, he fails miserably as a manager. Never before had a manager gone to such great lengths to aid his staff, yet no one could have been so naive. When it comes to becoming the best boss in the world, Michael Scott has no competition.

His workers and firm benefited greatly from his selfless efforts since no one else would go to such lengths to make them feel appreciated or valued in the first place as he did. Steve Carrell has entertained millions of viewers for seven seasons as himself. The most acceptable employer in the world, whether you call him Date Mike, Prison Mike, Santa Bond, or even Michael Skarn.