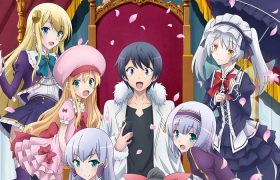 Sword Art Online ” at the time became a phenomenon that, despite not entering directly into what is recognized as ‘Sekai, did help greatly to promote a genre that today is one of the main ones in the industry from the anime. That is why with the story of Kirito still being of enormous popularity today – although with other characters gaining more prominence -, we have decided today to develop an article in which to find up to eight anime similar to “Sword Art Online ” – also known simply as SAO -.

So, then we share the list of anime similar to “Sword Art Online”, through which we try to find a varied representation of the fantastic worlds that accompany these stories: 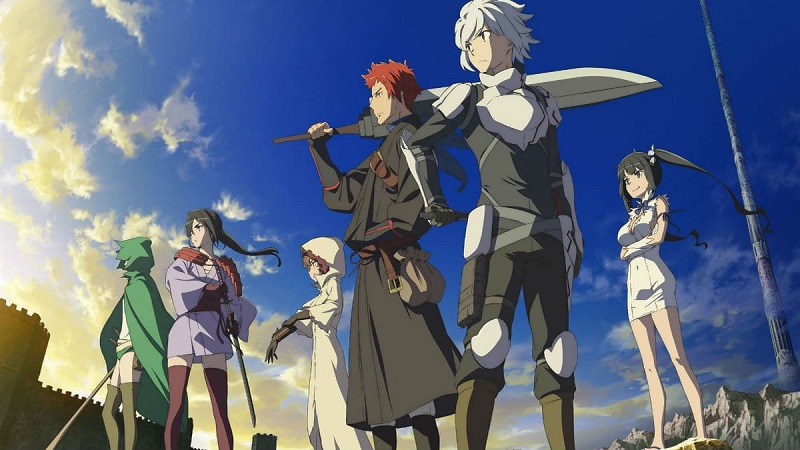 ” DanMachi ” takes place in Orario, a land where it is possible to find all kinds of guilds of adventurers who work under the orders of the gods – which have been humanized by exercising their role as patrons -. At the center of the action, we find Bell Cranel, a young man who joins Hestia’s unpopular family and who begin to add achievement after achievement in order to fulfill his goal: to be at the height of Ais Wallenstein, who saves him from certain death during an expedition in a dungeon. Thus, “DanMachi” is one of the best anime similar to “Sword Art Online” – SAO – based on location in a fantastic world, 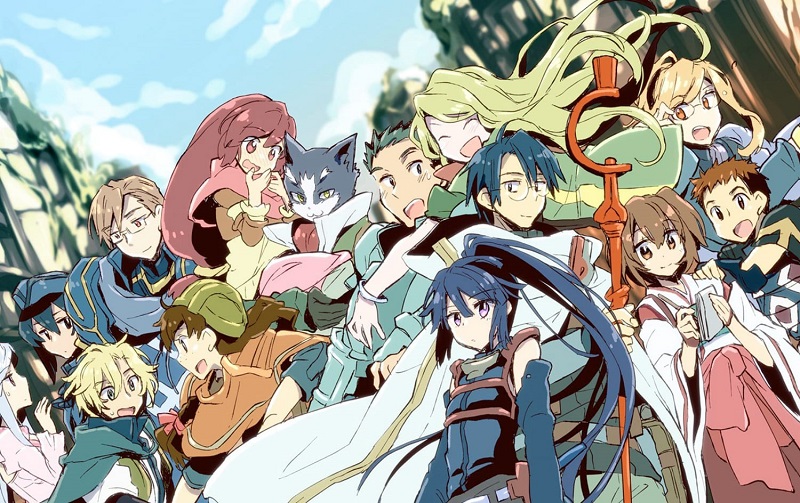 ” Log Horizon ” certainly shares a premise closer to “SAO” than “DanMachi”, and it is that what makes this one of the indispensables among anime similar to “Sword Art Online” is the fact that it takes place in the world of a video game. In “Log Horizon”, then, we will find that tens of thousands of players are trapped in the Elder Tale universe. The protagonist of this adventure will be Shiroe, one of the many trapped players who must now learn to survive in a world that only knew its virtual side. However, unlike Kirito from “SAO”, Shiroe will face challenges from a much more strategic perspective, as required by the type of character he embodies.

Hai to Gensou no Grimgar 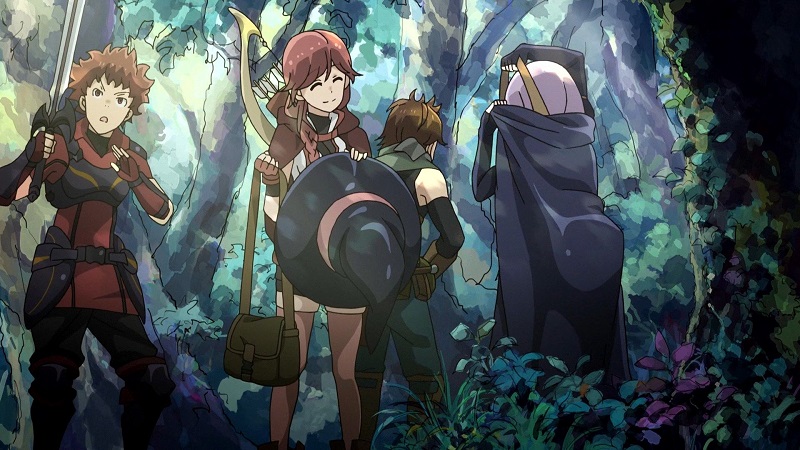 “Hai to Gensou no Grimgar” again evokes the concept of ‘a different world’ that so many anime similar to “Sword Art Online” used as the basis of its premise. In this case, on the other hand, we find a universe much more cruel and savage than that expressed by most anime that align with the fantastic universes of RPGs. In “Hai to Gensou no Grimgar”, then, we find a group of young adventurers led by Haruhiro who have been transferred to the world of Grimgar from their own home. Far from finding here an anime in which magic, special abilities, and other advantages will prevail, which for example “SAO”, “Hai to Gensou no Grimgar” uses.

The Rising of the Shield Hero 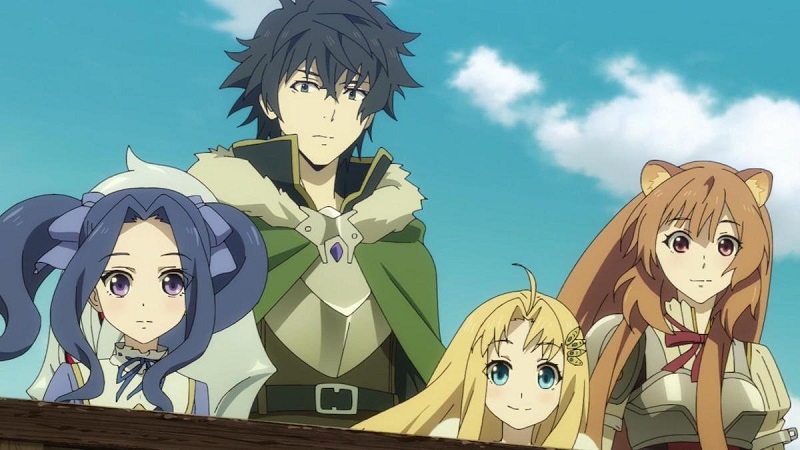 ” The Rising of the Shield Hero ” once again, and like the vast majority of animes similar to “Sword Art Online”, will use to move its protagonist to a world completely different from that of his origin. In “The Rising of the Shield Hero”, likewise, we find a somewhat different approach to that of the classic fantasy hero, because on this occasion Naofumi, the protagonist of the story, must regain all the honor and prestige that he lost due to a deception despite arriving a priori as one of the legendary heroes who would put an end to the threat of monsters – hence he was awarded a shield with higher than normal capabilities -. In this process, then, he will be accompanied by two key characters for his rise: Raphtalia and Filo. 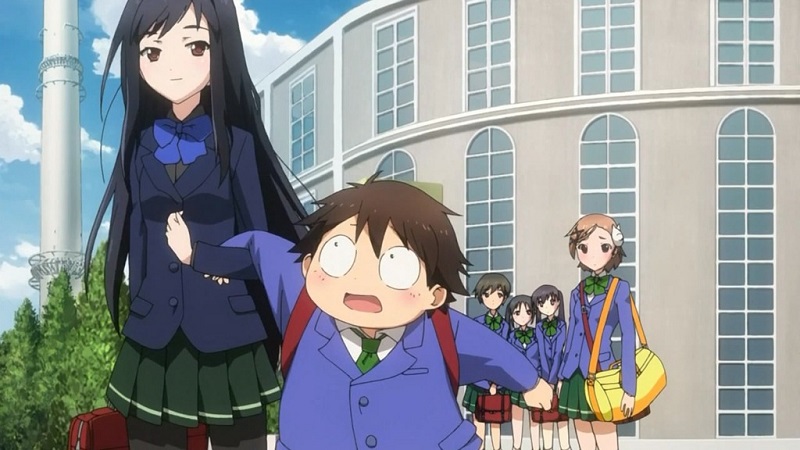 In a similar way to “Rising of the Shield Hero”, ” Accel World”Put aside any idealization of the hero that we could draw from many anime similar to” Sword Art Online “and instead introduce us to Haruyuki Arita. This young teenager, then, is overweight as well as short of stature, which will not prevent him from becoming the best ally of Kuroyukihime, the most popular, intelligent, and attractive girl in the institute as well as vice president of the school council. Thus, she will be in charge of introducing Arita to the universe of Brain Burst, a fighting ARMMO in the world. As players compete against each other to gain advantages in real life. Together, Kuroyukihime and Arita will fight to defeat the six great bosses of the game, meet the creator of the game and discover the reason that led him to shape Brain Burst.

Satoru Mikami, the protagonist of “Tensei Shitara Slime Datta Ken”, is a prisoner of one of the great cliches in anime belonging to the ‘isekai’: death and resurrection in a world totally different from the original one. In this case, however, “Tense Shitara Slime Datta Ken” will make Satoru turn into a ‘slime’, a gelatinous creature that a priori is one of the weakest and most amiable of all … although with the difference in his case that you will have a great capacity to learn new skills and become stronger. Thanks to this Rimuru Tempest, which will be the name that Satoru will eventually take, will become the founder of a new nation that will unite all kinds of monster races, being really one of the animes similar to “Sword Art Online” that are easier are made to see.

As a member of the anime similar to “Sword Art Online,” the truth is that “Re: Zero” bears many similarities with “Hai to Gensou no Grimgar”. The reason for this is that both put aside the romanticism of the universes of RPG cuts to capture the cruelty with which they can pounce on their inhabitants. In “Re: Zero”, then, we will follow the story of Subaru, a young man who is reincarnated in a new world with a very peculiar ability: at certain points in his adventure, an ‘automatic save’ will be carried out through which to life in case of death. And, certainly, we will see Subaru and his people die countless times. “Re: Zero” is a recommended delight for all anime lovers, and with its second season getting closer to the premiere, 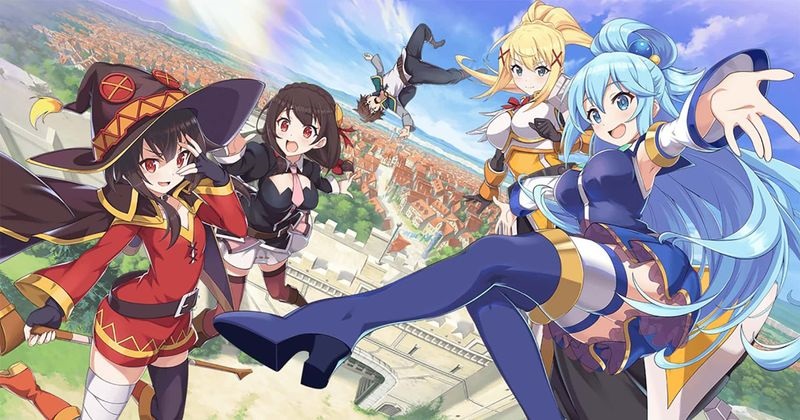 Certainly, to close the list of anime similar to “Sword Art Online” we could have opted for others such as “Overlord” or “Btooom!” – which we also recommend -, and although “KonoSuba” may share not as many similarities as those mentioned, we believe that this aspect of humor is highly recommended to give a good closing list. In such a way, the protagonist of “KonoSuba” is about Kazuma, a young man who when he dies is resurrected in a different world and who drags Aqua, the goddess who allows him to come back to life, with him. These will later be joined by Megumin and Darkness. The four characters thus form a group of adventurers who on paper should be able to face any challenge worthy of “SAO”. However,